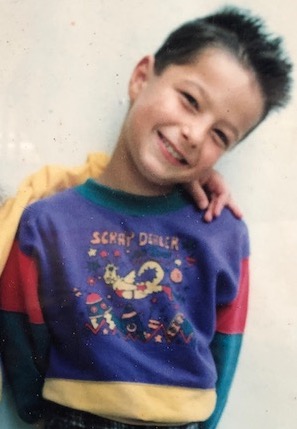 Picture of me in my early childhood

My early childhood took place in northern Luxembourg. I lived with my frugal, loving mother who had to provide for us alone. She had a modest income but always managed to provide essentials and a little bit more. For periods, she even stopped working entirely to spend more time with me. What a good mother! This modest lifestyle planted a strong longing for more abundance inside my young heart. I believe this is the foundation of my motivation to always hustle for more in life. I don’t mean this in a shallow, materialistic way. Any type of adversity, even if it’s just living very humbly for a period, can turn out to be a blessing in disguise.

I want to learn more. 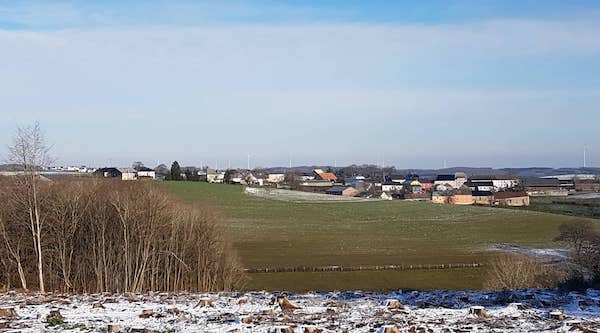 Yes, you read that right. For most people, it is unfathomable how small European villages can be. San Antonio has more than 1.5 million residents. Living in such a small village means that you pretty much know every person by name. You know where they live, what they look like, what they do and when they do it. While this is not inherently bad, it can be complicated when you don’t quite fit the mold.

My mother and I did not fit the mold. I think the concept of an unmarried woman who doesn’t attend church and likes to wear colorful clothes was pushing the villagers’ traditional boundaries a bit. No, we were not the outcast of society. Most people were very kind to us, but it was clear that we didn’t belong to the community. To compensate for this disparity, I joined the local marching band, as well as the youth section of the firefighters. Uniforms always attracted me. I should wear one later in my life for nine years by the way. Dellen was too small to have such public services, though. I had to go to Grosbous which was the village our commune was named after. Grosbous was much bigger. It had a population of about 600 :-)

Living in a quaint, tiny village also had its advantages, especially for a young boy. Apart from a few tractors, there was virtually no traffic. All you needed was a bicycle, and the world was yours to explore carefreely. Dellen was nestled into green pastures and fields, divided by occasional small forests. Children who grow up in cities such as San Antonio probably don’t know what it’s like to spend all day long out in nature, without their parents having to be worried. I remember the entire summer holidays spent exploring the village and its beautiful natural surroundings. Unfortunately, there were no kids in my age group which led me to voluntarily go to a boarding school.

I want to learn more.